How The Shortwave Bands Looked in 1929 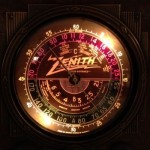 Thanks to Bill Marsh for this article:

Comments Off on How The Shortwave Bands Looked in 1929

AOKI B13 Schedules Now Out

Posted on October 28, 2013 by Paul Ormandy | Comments Off on AOKI B13 Schedules Now Out

Comments Off on AOKI B13 Schedules Now Out

Posted on October 28, 2013 by Paul Ormandy | Comments Off on Solomon Islands Reactivates 31mb

This from Martin Hadlow:

Dear friends,
I am advised that the Solomon Islands Broadcasting Corporation (SIBC) has re-activated its daytime transmitter operating on 9545 kHz. The transmitter has been off-air for sometime, due to technical and other problems. It now operates 0900-1600 (Solomon Islands time). I’m sure they would welcome e-mails letting them know if the signal is getting out widely.
73.
Martin

Posted on October 27, 2013 by Paul Ormandy | Comments Off on Dudley Carter – Tribute

Comments Off on Dudley Carter – Tribute

The Rise and Decline of AM Radio

Posted on October 25, 2013 by Paul Ormandy | Comments Off on The Rise and Decline of AM Radio

This interesting article from the Pittsburgh Post Gazette chronicles AM radio… which seems to have started with a bet!

Thanks to Bill Smith from Iowa for sending in this link.

Comments Off on The Rise and Decline of AM Radio

Posted on October 20, 2013 by Paul Ormandy | Comments Off on Broadcasting’s Forgotten Father 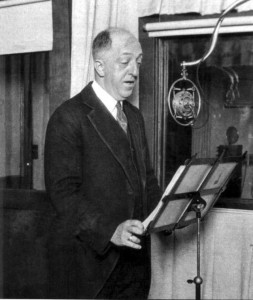 Thanks to Paul Rawdon for posting the following on the DX Dialog user-group:

This is the 1995 PBS Documentary, “Broadcasting’s Forgotten Father, the Charles Herrold Story.” It was written, produced, directed and narrated by Mike Adams. Mike’s film students at San Jose State University participated in the production. The 1909 Herrold station became KQW and today it is KCBS in San Francisco, now over 100 years old.

Comments Off on Broadcasting’s Forgotten Father

“The Story of AFN”

Thanks to Paul Rawdon for posting the following on the DX Dialog user-group:

From 1963: For twenty years one of the United States’ largest radio networks has been broadcasting news – information -music – sports – and dramatic programs to an estimated audience of twenty million – yet has never been heard in the United States. The American Forces Network, Europe (known to its audience as AFN) has served the military community in Europe since it began broadcasting from a basement studio in London, England, on July 4, 1943. This year marks its twentieth anniversary of broadcast operations. THE BIG PICTURE captures on film the sight and sound of this unique radio network as it goes about its daily business. Filmed in Frankfurt – Berlin – Munich and Orleans, France – “The Story of AFN” is informative and entertaining.
http://www.youtube.com/watch?v=4EUx1UJyaeY
Permanent link to this post (141 words, 1 image, estimated 34 secs reading time)

Comments Off on “The Story of AFN”

Thanks to Paul, Rawdon for posting the following on the DX Dialog reflector:

Hat-tip to Mike Barraclough for sharing a link to this audio/video montage on the BBC website celebrating the 40th anniversary of Independent Local Radio (ILR) with air check clips from stations across the country.

Posted on October 5, 2013 by Paul Ormandy | Comments Off on Analogue Radio Days Numbered

Thanks to Andy Gardner for posting the following link on the DX Dialog reflector:

Commercial stations and the BBC expected to confirm the switchover to digital services, 40 years after Britain’s first independent station opened. 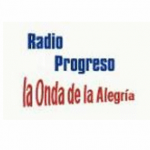 Thanks to Bryan Clark for posting the following to the DX Dialog reflector:

While listening to Arnie Coro on “DXers Unlimited” via Radio Havana Cuba
on 5040kHz at 0520 UTC, he gave details of a new Cuban experimental
shortwave operation starting Tuesday 1 October.
Radio Progreso, Programa Nacional will operate with 50kw on 4765kHz from
0030 till 0400 UTC.
This means 3 shortwave operations from Cuba on 60 metres – the 100kw
sender on 5040 that RHC uses for English to 0600 UTC, the 50kw Radio
Rebelde on 5025 which I think is 24 hours, and the new Radio Progreso on
4765, also with 50kw.
If we’re lucky 4765 might squeak into NZ just before signoff at 0400 but
it may be a bit early I fear – will let you know tomorrow (or maybe
Wednesday if they’re talking local dates).
Arnie mentioned the website www.radioprogreso.cu and there’s an audio
stream there if you click on the headphones in the header.