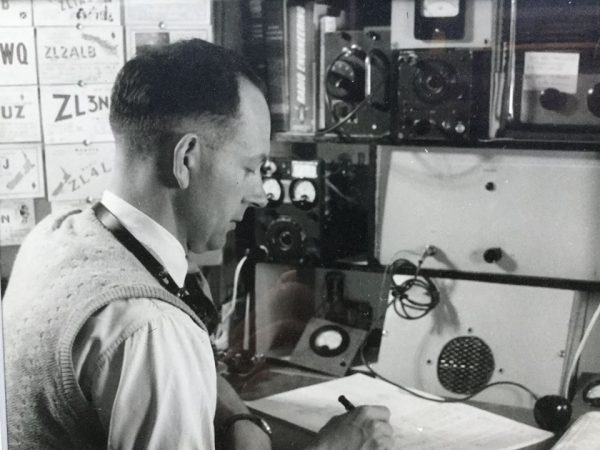 Derek P. Morris, 148 Teviot Street, Invercargill, is the owner of the typewriter responsible for the all-night list printed in these features pages this month. He is also Southland Branch secretary and treasurer. With brown eyes and hair, 5′ 10″ high and 11st 3lbs weight Derek is single at the moment but is to be married in the near future, his fiancee arriving last Easter from London. Derek began DXing in 1949 having served as a telegraphist in the Royal Navy and thus feeling radio inclined. He started DXing at Lancing, Sussex and restarted when he settled in Invercargill. His first verification was CKCS (15320) on January 15, 1949 and while in England his interest was all in shortwave but he now rates it 60/40% in favour of broadcast because of its DX possibilities. WGIV is the best of his 75 BC verifications because it seems an awful way to Charlotte, N. Carolina and at present he lacks the facilities of a decent location.  Of his 54 SW verifications, United Nations (6672) Genova, was his first call of importance in April 1949. He uses an Eddystone 659/670 and clubs he is or has been in are ISWL/ZL2795, Amongst Friends (Bel. Congo) 124, Sweden DX Fan Club, Teknikens Varlds Radioklubb (Sweden) and Universal RDXC. 27 years ago Derek was born in Wansworth, London, and on leaving school he went to work in a cinema. Through circumstances brought about by the war he was able to achieve rapid promotion and the age of 17 he was at periods running the show himself becoming second projectionist at a cinema seating 2600 patrons.

In January 1946 Derek was called to National Service and eventually became a telegraphist on an Escort Aircraft carrier–HMS Vindex. While on HMS Glendower for basic training first se Duke of Edinburgh, he was div. officer. He first saw television at a naval signal school. He served a further two years in the picture business after being demobbed and reported for duty at HM Prison Lewes on January 1, 1951, when he joined the prison service. He had four months basic training and went to the Prison Officers’ Training College for a short course and final exams. On February 5, 1952, having been accepted by N.Z. authorities, he sailed for the Dominion on the maiden voyage of T.S.S. Captain Cook. He is now an officer in the Invercargill Borstal. Apart from DXing, Derek enjoys reading, has studied Spanish for two and a-half years, enters public speaking and debating. Writing is another of his pursuits but has been confined to pen-friendships recently.  He would like to write short stories, etc. While on a visit to Sweden in 1951, Derek met well-known European DX-authority, Arne Skoog, who is also the European representative of the NZRDXL. That’s where he heard about Arthur Cushen, perhaps that’s why he came to Invercargill? He did not say. 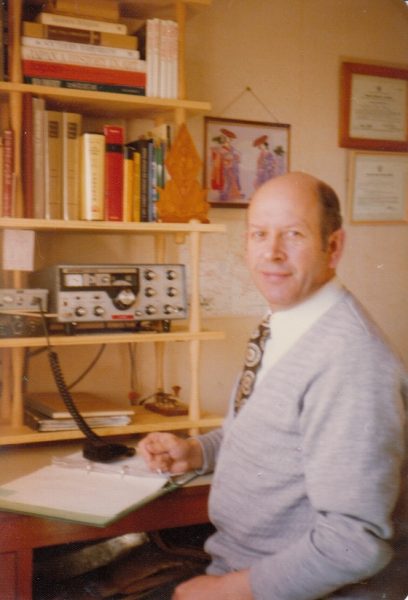