Reminiscences of the Canterbury Branch 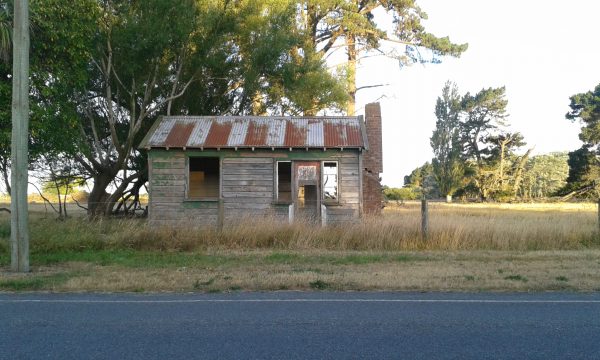 I joined the DX League according to my membership certificate on 3 June 1954 a year into my secondary education. Members of the branch at that time that I recall were Don Reed, Jack Fox, Maurice Enright, Bill Pearson, Keith Naisbitt, Douglas Johns (joined NZRDXL in 1961), Harry Mountford, Ray Davies, Alex Boyd and Arthur Harbrow. The early 50’s were the heyday of ex-war asset equipment, and while I started on a Hikers One at 12, with a hundred ft longwire,and logged KFBK 1530 on it, I soon graduated to a Pye PZ39 and then to a Marconi CR100, with its “30ft of bandspread”, and an R-1155 aircraft receiver.

DXDIALOG was born as the branch newsletter using a Roneo office duplicator discarded by a timber company I worked for in my holidays.

At Leithfield Beach my parents built a bach which became the HQ for the Convention in 1964. Some months before the convention I’d logged and QSL’ed KPUB 1480 in Pueblo, Colorado 1 kw and being a daytime only station thought it a possible ‘special’ station for the Convention weekend. The station owner agreed that he would run a test of bagpipe music at midnight PST for our benefit…but we didn’t hear it.

Another feature of this Convention was the arrival of TV3 Christchurch to film the proceedings for a local newscast.

DXing at the Spencer Beach with Don Reed and others was popular. Don’s car was fitted with a Gulbransen car radio with Q multiplier, and coupled to an antenna barely 30 metres NE held up with broom handles , gave some outstanding catches with Central American reception good as early as 4.p.m.

Of DXers and Pigs from Douglas Johns

Normally one does not associate DX-ing and pigs, but just occasionally the two seem to cross paths. It all unfolded like this……………..
Back in the early 1960s the Christchurch Branch had the use of an old cottage at Spencerville, north of Christchurch. The cottage was surrounded by open farmland about half a mile north of the turnoff to Spencer Beach. There were no other houses in sight. Over the farmland we were able to erect permanent longwire aerials running out to the north east, the favoured direction for logging Yanks and Canadians.
Monday night was the favoured night to go DXing in the summer, as many of the North American daytime only, and thus not usually able to be heard in New Zealand, stations used to conduct equipment and tone tests, and these were keenly sought by those who went out to Spencerville.

Usually we had quiet conditions in which to listen, but on one night upon turning on the radios our ears were assailed with the ping, ping, ping of a nearby electric fence. Reception was impossible through such noise. An investigation posse was despatched to walk the aerial lines to see what the cause was. At the end of one of the lines they discovered that a neighbourhood farmer had placed an electric fence around a paddock in order to stop his pigs from straying outside their feed lot.

Not to be done out of a good nights DX, the electric fence was earthed thus disposing of the annoying interference, and a number of good catches were subsequently logged. When home time came we had to unearth the fence, in itself a simple task. What was not such a simple task, however, was rounding up the 20 or so pigs which had taken great delight in being able to roam freely over good feeding territory. Getting between a pig and his food is not recommended.

Chasing and corralling pigs by torch light is no easy job !!

I do remember Don Reed’s Gulbransen car radio etc, and did use it with him on a number of occasions – best catch was WWSC Glens Fall NY a 250 watter.

We used to go out to Spencerville every Monday night during summer to try and get the Sunday (US) night silent periods and tone tests. DXing there could be weather dependent as if it was windy the salt spray from the beach used to build up on the adjacent 10Kv power lines causing all sorts of noise.

Bill Brassington was also a member of the Branch, as was Mick Frost and Ian Peterson. And I also remember convention 64 at the Kings bach if only for the high noise level that night. !