Labour Weekend 1988 saw the gathering of New Zealand Radio DX League
members in Invercargill for the League’s 40th Annual General Meeting. The
highlights of the weekend for me was the meeting of friends and fellow
DXers from all over New Zealand and one from Australia. Another highlight
was the trips in and out of Tiwai with Rally driver Paul Aronsen. These
trips were a real thrill each time especially after over night rain.
I started the weekend of by arriving in Invercargill on Thursday night
and spent a very enjoyable night with Ralda and Arthur. On Friday
afternoon Bryan Clark and Bryan Marsh arrived from Auckland. Bryan Clark
went to Tiwai during the afternoon with Paul to join Barry Williams and
Ron Pearce who had spent Thursday night out at there. I went to bed
(mussels had on the previous day on the Air New Zealand flight did
not agree with me) . I finally went out to Tiwai Friday night where we
were also Joined by Michael Pollard from Otaki and Arthur Williams.

On Saturday afternoon we all went into Invercargill for the Annual
General Meeting in the Federated Farmers Meeting Room where we met up
with most of the Invercargill members. Also three members from
Christchurch. Michael Mullis and his father and Paul Stringer. Jill and
Peter Grenfell and their daughter from Oamaru also arrived in the
afternoon for the AGM.

The Annual Meeting commenced at 2.00p.m. with all members receiving a
very nice folder containing the Annual Report, Balance Sheet and a copy of
The Southland DX Digest which featured a brief history of the Radio
Broadcast Receiver, Volume 1 No.1 of the N.Z. DX Times October 1948,
Sunset to Sunrise Grayline program, several pamphlets on Invercargill and
a booklet and information on the Aluminium Shelter at Tiwai Point.
The Annual Meeting decided that the Administrative Committee and DX Times
Editor should remain the same as last year. The meeting also honoured
Barry Williams from Auckland with a Life Membership for his contribution
to the New Zealand DX Times over the last ten years or more as Section
Editor of the Shortwave Mailbag and Shortwave Bandwatch. Barry has been
a member of the League since the early fifties and is the only member
that I know of that has spent his honeymoon at a DX Convention.

After the meeting finished everyone returned to the listening post at
Tiwai for tea and the auction with Arthur Williams doing a professional
job as auctioneer with Paul Aronsen and Barry William carrying out the
duties of money collectors. I got the Radio France International tee
shirt after finally making Michael take the hint that he should stop
bidding. That evening saw about fourteen members sleep over at Tiwai,
bunks were all taken and the floor space in the lounge was at a premium.

Sunday saw everyone travel into Invercargill for the dinner at the Kelvin
Hotel. About fifty people attended the dinner with almost everyone
afterwards going out to view Ian King’s collection of vintage radios then
it was back to Tiwai for the fifty or sixty sausages that we had
collected from Paul’s place in the morning. After dinner I spent another
evening doing a little DXing and talking to members present.
Monday saw us all packing up and departing for our homes. Some of us
spent another night in Invercargill before departing on Tuesday.
What I got out of this weekend, a weekend of meeting old friends and
fellow DXers and generally just talking about the hobby etc also doing
a little DXing.

I found DXing and the conditions better in 1982 than this time but
overall it is still a good location to get away and DX without all the
man made noise. My thanks to all the Invercargill members tor an enjoyable
weekend and also all the ladies that helped. 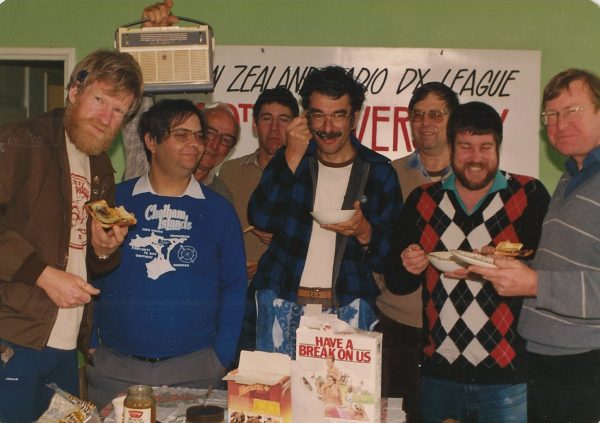 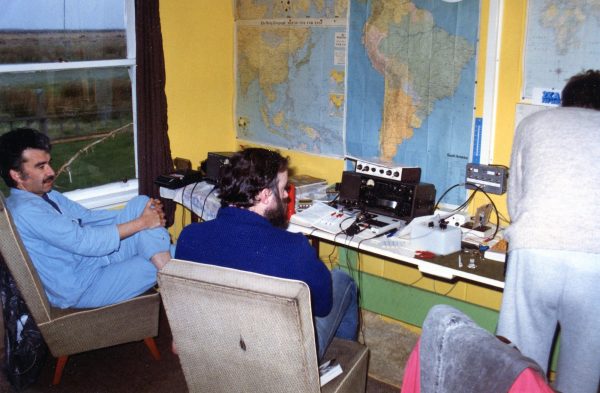 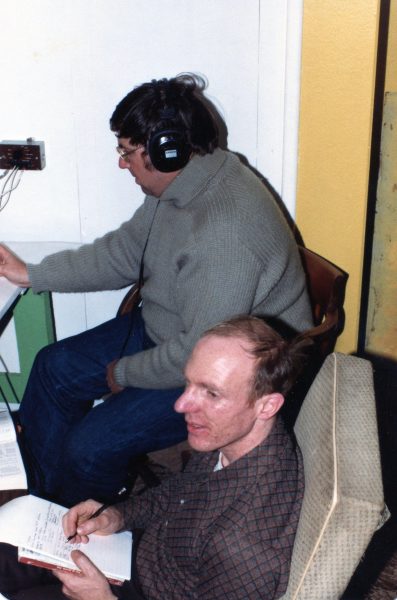 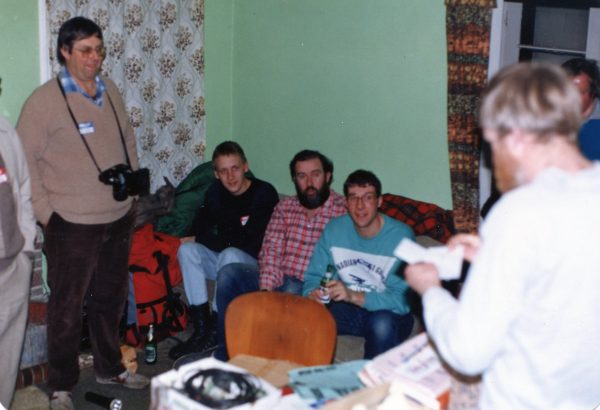 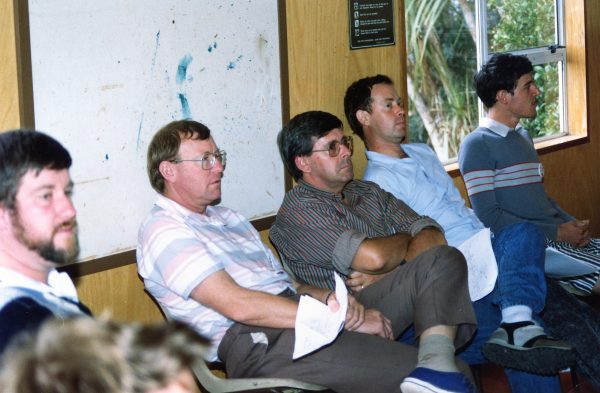 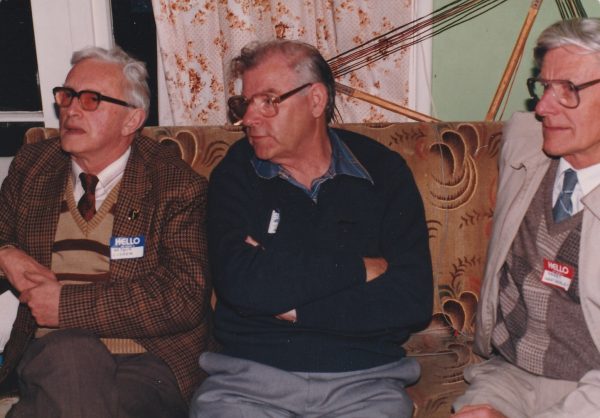 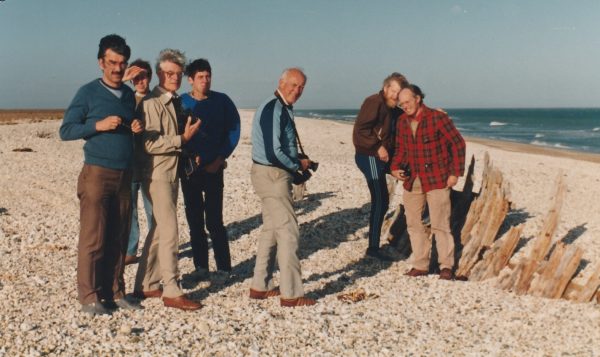 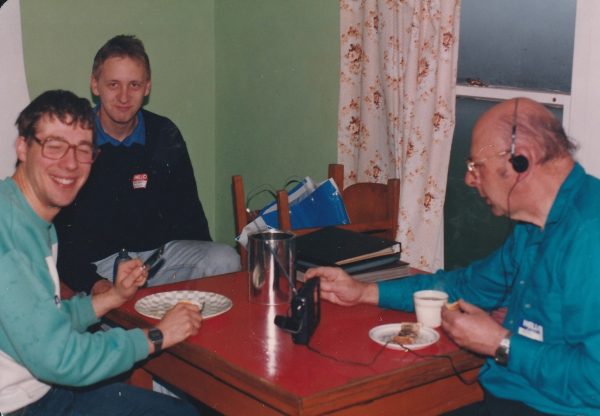 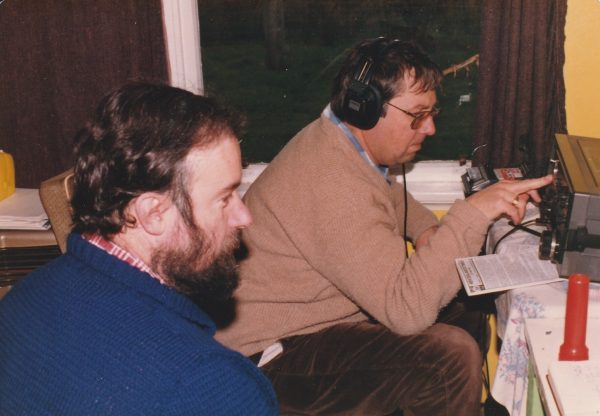 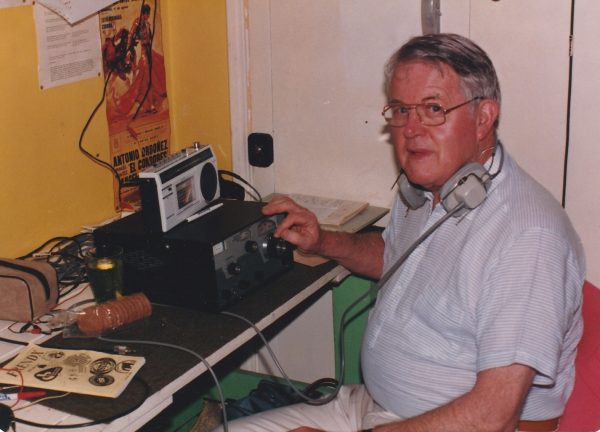 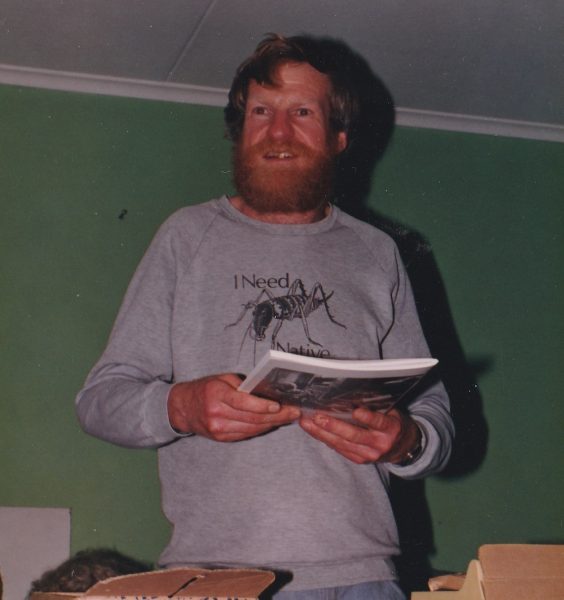