Put 18 DXers together on a tropical island, string out 250 metres of wire at 80 degrees, assemble some MW loop antennas, criss-cross your location with various longwires, add an impressive line up of receivers – and you have the makings of DXCURSION RAROTONGA 1982. Of course you add the sunshine at tropical temperatures, the warm and inviting waters of a Pacific lagoon, the occasional evening downpour, comfortable quarters – and you have all the ingredients which made a great week for 2 hams and 18 DXers in Rarotonga.

Most took receivers and these ranged through DR26, DR28, CRF150, ICF2001, ICF6800W, Drake SPR4 Barlow Wadley, Realistic TRF and GE Superadio. From a thatched roofed shelter (but not too waterproof) in the spacious grounds of our motel, much of the exotica of South and Central America was logged and recorded on cassette. Evening listening started around 5 pm (0300 GMT) with the first trace of Latins around 5:30 and the MW band was alive with North and South American signals by 6 pm. Hawaiians and Yanks were heard throughout the evening, but the Latins began to fadeout around 8:30 pm. Some of the better catches were Nicaragua 620, R.Carve Uruguay 850, R. Mundial Guatemala 700, R. Diego Portales Chile 1180, Emisora Nuevo Mundo Colombia 850, R. Soc. da Bahia Brazil 740, R. Tequendana Colombia 770, LRA1 Buenos Aires Argentina 870, R. Tropicana Ecuador 540, R. Vision Venezuela 720, R .Caracas Venezuela , KHIT 1330, WOKB 1600, KUDE 1320, KXLY 920 etc etc.

The shortwave bands were just as interesting, with many of our party devoting much time in this area of the radio spectrum. The writer however, found MW more challenging and spent very little time scanning the SW bands. Brazilian signals were noted at surprisingly good strength on bands 90 through 25 metres.

While each evening and many mornings found the dials being scanned, there was plenty of time to relax and enjoy what Rarotonga has to offer. Visits were made to the Cook Islands Broadcasting Service where we were adopted by the Director and Chief Technician, Nooroa Tangaroa, who recounted the history of broadcasting in the Cook Islands. The station scheduled a special DX test on 28 April at 11:07 pm sign-off. This distinctive test of tone/shell horn/drums was heard on 11760 and 630 kHz. As a compliment to the group, the tests were repeated on 29 and 30 April at the same time and duration of 15 minutes and Nooroa is now waiting to issue the special QSL cards that were printed for the occasion. A visit was also made to the FM station Radio Ikurangi operated by Freddie Keil and a most enthusiastic staff. Twenty Radio Ikurangi T-shirts are now being sported around New Zealand and Australia. The satellite link installation provided by Cable and Wireless was also inspected and put to the test with some calls home. Stewart Kingsman proudly showed us his satellite Peacesat terminal, and in a fascinating visit acquainted the group with the various radio link-ups his station handles, ranging from the Peacesat Network to island to island communication. Stewart is also involved in studies of solar power generation which he believes will be of great benefit to the outer islands. There couldn’t be a more perfect place for capturing solar energy.

Other delights during this week in paradise were: buzzing around the island on motor scooters, across the island trek by the fit and adventurous, a barbeque on an offshore island in Muri Lagoon, an umukai (traditional island feast) followed by dancing and island floorshow by Taakoka Dance Troupe, good shopping and beer from Samoa and Tahiti. These were the highlights from 8 days in a great DX location, amongst most friendly people and a fine group of Kiwi and Aussie radio hobbyists. Our sincere thanks to Tony King for making this magnificent trip possible and our stay so pleasurable. 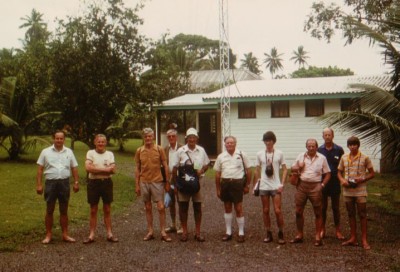 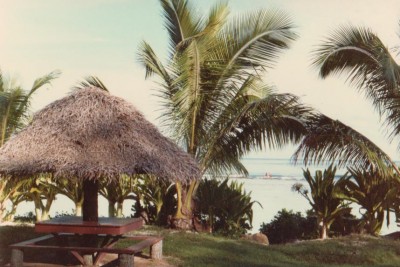 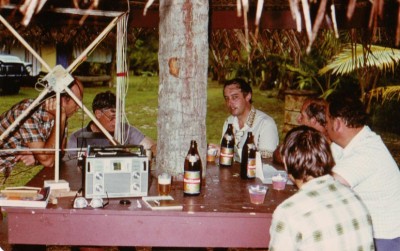 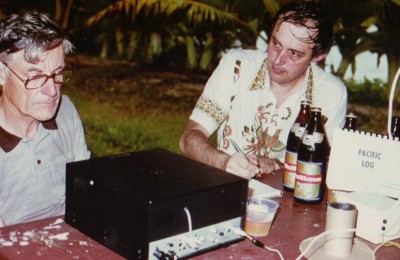 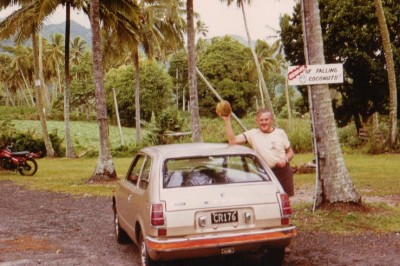 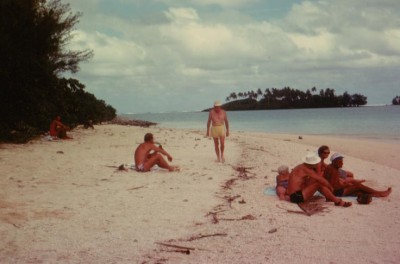 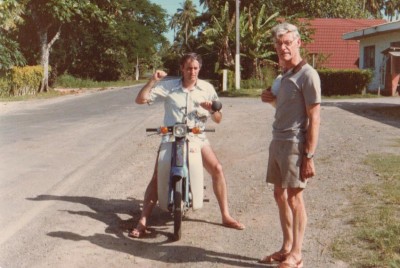 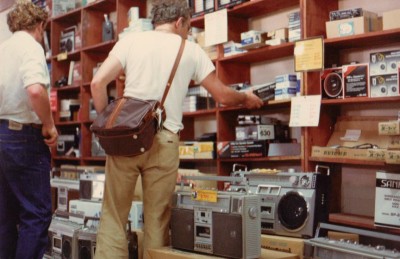 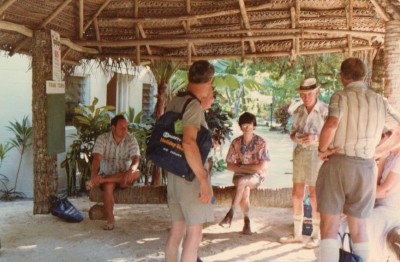