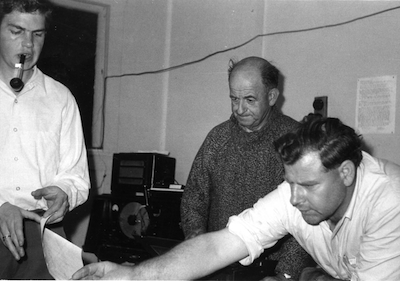 A long-time League member and Southland Branch stalwart, Eddie passed away on Friday 4 May at the Rowena Jackson Rest Home where he had been in care for some time.

RAY CRAWFORD remembers – “I first met up with Eddie in the Southland Branch in 1960 and before moving to Australia we were very close DX mates. Eddie was a very keen listener and enjoyed the radio hobby with much enthusiasm. 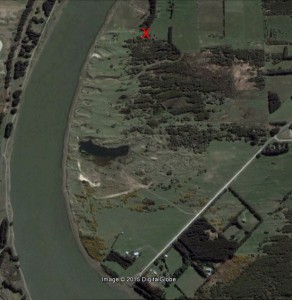 In the early years he helped set up the Otatara DX Post which was a few miles from Invercargill on the banks of the Oreti River. Eddie was a major influence on the development of this DX site which had been found by Bill Marsh Senior. We spent many weekends there as well as Monday nights (for the US DX Tests). Over the years there were many good loggings made from all around the world by locals and a lot of DXers from around the country.

In the late 60’s Eddie found another site at Awarua, near the present Tiwai listening post. A small shack was erected there with several long wire aerials with the longest one being 2000 feet. A lot of stations were logged from the USA. One of the highlights was hearing Radio Caroline, a UK offshore pirate station on 1520 khz using 10kW. This Awarua site was eventually shut down because the high voltage power lines for the aluminium smelter were located right over the aerials. The Otatara site was revisited and built up again until the Branch found the present Tiwai listening site. Eddie was Branch President in Southland on several occasions and kept the members under control at the monthly meetings. I have many, many wonderful memories of my times over the years DXing with Eddie, and also socially with him, his wife Daphne and his family.”

STEVEN GREENYER recalls “My first memories of Eddy are that he was often late for branch meetings due to his work driving trucks especially furniture trucks. He often had stories to tell about the people and events he struck during this work. He was involved with others in the Otatara shack when I joined. We had many meetings at the MacAskill family home in Isabella Street Invercargill, and later when he and Daphne moved to a newer unit in Tay Street. Once Eddie retired he was a very keen supporter of the Tiwai Listening Post and he and Lindsay Robinson often went down there together. He was a keen DXer once he retired and early on was one of the first to become an official monitor, I think for Vatican Radio.”

A message of sympathy has been sent to Mrs Daphne MacAskill on behalf of DX League members.