Looking back on the New Plymouth convention 1962, we find that though the organization may not have been as extensive as other conventions (the branch had no luck in arranging specials) the hospitality and friendliness was overwhelming. Listening at the Oakura post was indeed a treat, the locals made their sets available to visitors and the DX heard covered all the continents. The convenient location of the listening post , only 7 miles from the city, its closeness to the main road and its outstanding views he sea coast below all made listening in New Plymouth delightful and even in the city itself some very good loggings some very good loggings were made in the evenings for those that did not venture out to Oakura. Thank you Taranaki, your president John Waugh and you all on behalf of members of the League who came to your convention from every branch in the country and returned with high praise for an outstanding weekend. It becomes all the more apparent that two or three days to have time to get to know all present and to spend some time enjoying the natural beauty of the area.

New Plymouth played hosts to listeners from all over the country for the weekend 9 – 12 March and the influx included Barry and Alice Williams on their honeymoon, then followed Lloyd Clayden, Ray Pritchard, Peter Kerr, Tony Ward and Ray Barkworth from Auckland, then Ray Babbage and Stan Larking from the Bay of Plenty and Sutton Burtenshaw and Arthur and Ralda Cushen from Invercargill by plane. Friday evening was spent at Clarrie Lilley’s getting to know all hosts and hostesses and plans for the coming convention were made known. The presence of the wives whose unbounding energy through the whole weekend kept the inner man happy and brightened the proceedings. Thunder at 5 a.m. on Saturday morning and about 11 a.m. cars began to proceed to the Stratford House, 3000ft up Mt Egmont for dinner, here we were joined by Pat McRodden, Jim Butler and Graham Ferguson from Wellington, George Goodsir formerly of Invercargill now of Inglewood. Reg Mace’s brother and wife served a delightful 3 course meal in the Mountain House and then Anthony King, Wellington and Frank McKenzie, Dunedin after plane was grounded in Wanganui. John Waugh welcomed all to Taranaki and Frank McKenzie replied on behalf of the League. Early afternoon a storm had blacked out part of the city and our hosts for buffet tea Peter and Brenton Paintier were without lights so the whole meal was moved to John and Dorothy Waugh’s. From 5.30 p.m. onwards groups left for Oakura and began listening at this elaborate listening post, the 20 x 10 room and 6 listening bays and seven antennae to choose from. Many listened in cars from the cliff top and power and aerials were laid on at these points. Over 30 were listening including the visitors and many of the local members. The best DX was CFX, the lineup of receivers included  Eddystone 740 and three 680X, Hammarlund, Bendix, Larking’s Golden Knight and transistors and tape recorders. A photographer from the Daily News called and took many shots which resulted in 2 photos being featured on the front page of the Taranaki paper on Monday. Back to John Waugh’s everyone went for a social evening, games, record playing of Arthur Cushen’s efforts on the 1,400 show on tape and greetings were extended from Branches to the Taranaki Branch. Soon after 1 a.m. DXers moved away to DX or slumber to rise for the Europeans. The Paintiers reported breakfast at 4 a.m., for some turning the sets off and others rising for Europeans.

Sunday was spent in sightseeing and then to Oakura for another night’s listening. With Sutton Burtenshaw, Lloyd Clayden , Barry Williams, Tony Ward, Stan Larking, Ray Babbage and Arthurn Cushen still being in New Plymouth. Some DXed in a cowshed… and many then gathered at Reg Mace’s for a slide evening. Reg showed slides of the South Island and Lloyd some of his farm of 18 aerials and shots of Northland. Monday morning found more thunder and at 4 a.m. alarm bells rang and Lloyd Clayden, Mac Anderson, Reg Mace and Arthur Cushen proceeded to Oakura in blinding rain thunder and lightning and DXed Europeans to 7 a.m. adding a 6kW Spaniard 1005Kc, which was agreed to be the best catch of the weekend.

Monday morning included a visit from a blind listener and his father. Monday afternoon a visit to 2XP when Brian Clark interviewed Arthur Cushen for the local 2XP magazine programme and advantage was taken to interview John Waugh for use on Radio New Zealand. Monday night and five visitors remained. Williams, Clayden, Larking, Babbage and Cushen and they listened with many locals at Oakura. Another gathering at Mace’s finished off the evening with Ted and Colleen Manning also present.

Tuesday saw Larking and Babbage heading for home, Lloyd and Barry Williams and Alice remaining in the Taranaki area for a few days. Cleve Costello met us in Wellington at noon on Tuesday, we spent 90 minutes at 2YW recording “This Radio Age”  for R.N.Z and meeting some of the leading personalities at NZBS. A run around the city, to Mt Victoria and then back to Christchurch by 4:45 p.m. “Friendship”… Wednesday night our hosts Des and Joan Lynn were also host to the Canterbury Branch, 13 attending the meeting.

Frank MacKenzie, Dunedin, Headquarters representative says: The first National Convention of the N.Z. Radio DX league (or was it the Taranaki Camera Club) to be held in the North Island was sent off to a flying start (but not from the correspondents point of view) when members from all over N.Z. began to arrive in New Plymouth on Friday 9 March 1962. On Saturday, Taranaki really turned it on (and nearly forgot to turn it off – didn’t it rain!!). The highlight of the convention – a tip to Oakura where the Taranaki Branch shack is situated. A tourist drive through spacious suburbs, past the Omata Butchers Shop (Reg Mace) over rolling downs., through green pastures, through a gate and there we were at Oakura. The New Plymouth convention will remain a lasting memory to the visitors for the hospitality accorded them. And the pleasure of meeting those names in Times. 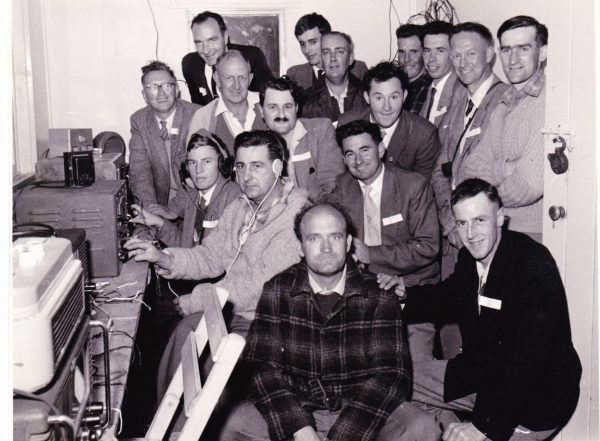 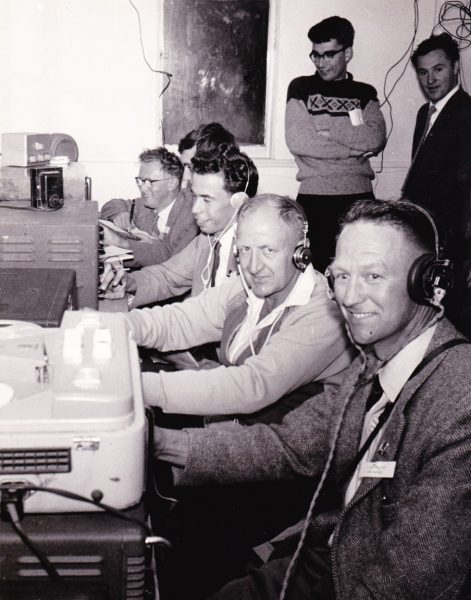 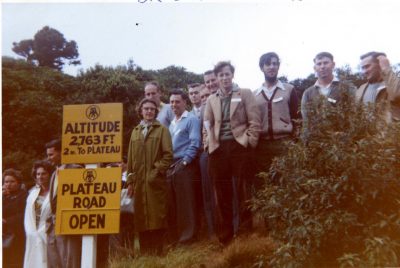