From the December 2008 DX Times

PAUL ARONSEN is our member in the spotlight this month, following on from his award of DX League Life Membership at the 2008 Annual General Meeting. Paul was born in Timaru but his family moved to Invercargill and it was whilst at secondary school with RAY CRAWFORD, JOHN DURHAM and BILL MARSH JNR in the late 1950’s that his interest in DXing began (amazing to have 4 prominent DXers-to-be all in the same class! Ed). 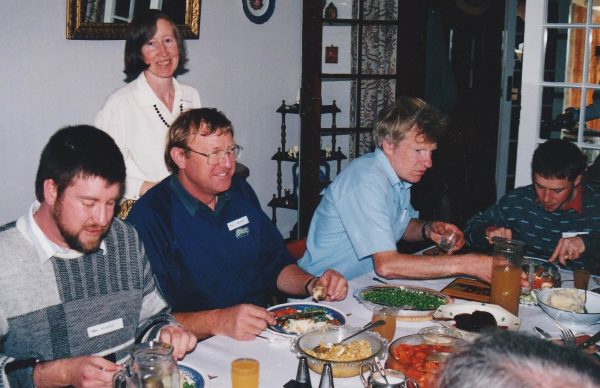 Jill Grenfell standing behind Paul at the 1990 AGM in Oamaru. Sitting to his left is Mark Nicholls, to the right is Arthur Williams and Paul Ormandy

After leaving high school Paul got into serious DXing and joined the Southland Branch. Says Paul, “DXing was good then as there was no TVI and not a lot of electrical interference. There were medium wave Yanks to be heard easily every night, and we were lucky to have some good DXers in the branch who always helped out. The big event of the DX year in Southland was the Annual DX Weekend at Riverton Rocks around February/March – there could be up to 15 attending, all eager to see what could be heard at the famous ‘6 x 3’ in the sandhills. Many stories can be told as to the happenings during those exciting DX weekends.” 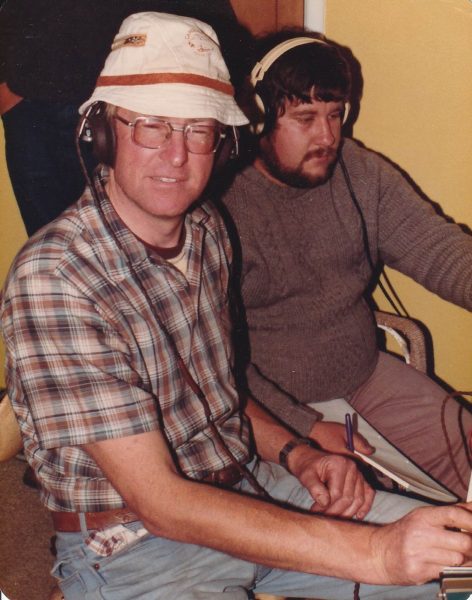 Paul became a fulltime Rural Mail Operator in 1965 and this commitment curtailed his DX listening. However, one year he did manage to win the shortwave competitions in 9 months out of 12. Paul considers the 10 watt Vancouver station CKFX on 6080kHz to be one of his best QSLs. 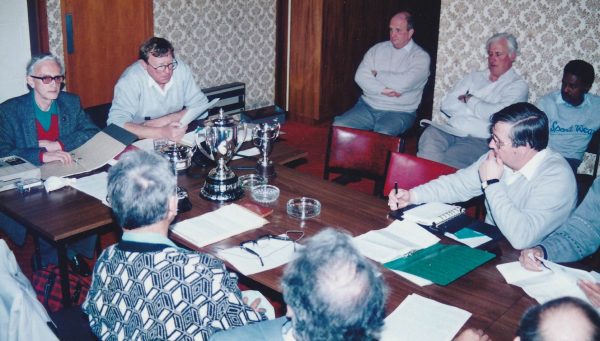 Paul beside Arthur Cuseh at an Oamaru AGM in 1983

Paul has enjoyed a lot of DX conventions over the years, from Riverton in the south, to Auckland in the north, and his dry personality and good humour is a memorable feature of many I have attended. In more than 45 years involvement with the League’s Southland Branch, Paul has been President, Secretary and Editor of the Southland DX Digest (he still edits the latter, now in its 72 nd year of continuous publication!). 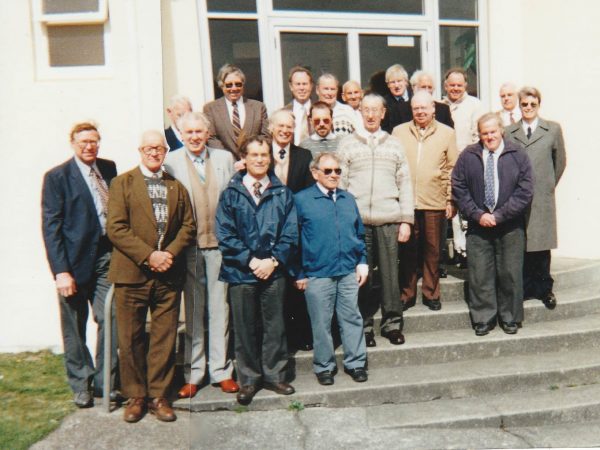 Paul front left amongst the League attendees at Arthur Cushen’s funeral in 1997.

Today Paul is best known for his involvement with the DX Listening Site at Tiwai. Since the Southland Branch began using Tiwai in 1975, he has had an increasing involvement in the Tiwai operation and over more than 30 years has hosted several DX conventions as well as many DXers from overseas and throughout NZ. We are all very grateful for the incredible efforts that Paul has put into keeping Tiwai open for serious DX listening. 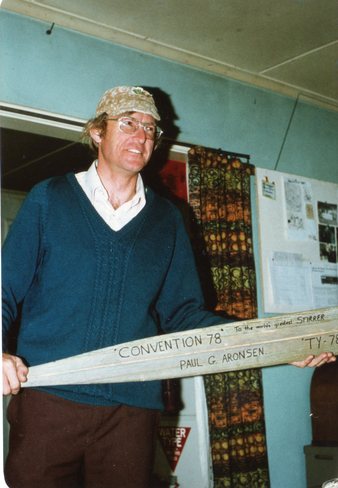