If you’re DXing from home or trying to but suffering very high noise-levels, they may be emanating from your own home. If so, you need to know about switch mode power supplies (SMPS). These take many forms and are ubiquitous in modern appliances/electronics.

The most obvious ones are the black “wall wart” power supplies that plug directly into your wall socket and have a cord which plugs into your cordless phone/battery charger/TV decoder box/LED table lamp etc etc etc. They have largely replaced the very similar wall wart plug packs with DXer-friendly linear voltage regulation (as opposed to DXer-unfriendly SMPS) that have been around for years. So, how do you tell them apart? The older linear supplies are heavy. They have a transformer with an iron core and copper wire wound around them and a minimal of electronics. The SMPS are lightweight and for the most part, use cheap and nasty electronic circuitry to reduce the voltage from 240V to whatever the device needs. Now, most but not all SMPS put out copious  amounts of RF noise that will impair your ability to DX from home.

If you have  a portable SW radio, then tune to a clear space on eg the MW band and sit it near the wall-wart, if you notice a surge in noise, chances are its an evil SMPS device. Turn it off and see if the noise disappears.  If it does, remove it from the wall, see if it has some weight to it, if its light, it is best replaced. Take note of the voltage, e.g. 6V, 9V, 12V etc and whether the connector is positive or negative centre pin etc and see if you can find an heavy linear plug pack to replace it. You may not have one at home so places like a recycling centre, Cash Converters etc may be worth trying. Just make sure the replacement unit has exactly he same output voltage and at least as high a current rating, the same plug and polarity.

Part 2: not so obvious SMPS devices.

The next enthralling episode shall deal with less obvious plug-in SMPS devices. Generally speaking, well-known, reliable manufacturers of computers and electronic equipment provide power supplies that are well-designed and meet the rather flimsy regulations we have which stipulate how much crud these devices can emanate. The best example of these are cell phone chargers, charging stations/docks and laptop/notebook/tablet chargers. They look like the examples below. 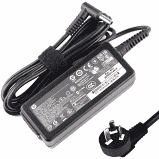 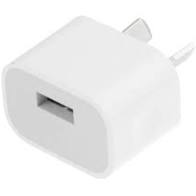 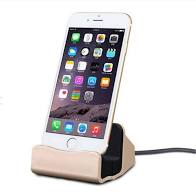 The portable radio test is your best guide. Apart from the plug-in USB phone chargers, replacing them can be tricky so just being aware they’re noise-producers and switching them off when you’re DXing may be the best you can do.

If you can’t replace them or turn them off, fitting ferrite toroids on the leads may help. They will help prevent the leads acting as aerials and radiating noise. At least one per lead is required. You may need 2 per lead, e.g. on the laptop PSU you will need at least 2 and possibly 4.

The best sort for MW and lower shortwave bands is ferrite mix #31. You can use #43 or #61 but they aren’t as effective on the lower frequencies. They can be purchased on Trademe:

The same dealer also has the full donuts sometimes too, they are FT240-31 cores. These are more effective than the snap-ons above but you may need to have an electrician or qualified person fit them for you. If using snap-ons, get as many turns as possible thru them, the larger of the 2 are best for this purpose.

This section refers to lighting. Since the demise of incandescent lighting, the good old tungsten filament light bulb that we all grew up with and generated no RF noise whatsoever, there have been numerous “latest thing since sliced bread” technological “advances”. Early compact fluorescents, which looked inordinately like a glowing jam jar also radiated RF crud, so did the early plug-in halogen GU10 and MR 16 lamps and/or their “transformer” power supplies. All of these weren’t too bad and simply changing to a different type or brand eliminated the problem. Now however, we have LED versions of all of these and some of them emanate a  significant amount of RF junk. And you can’t rely on reliable manufacturers either. Even from Philips. I replaced some 2 doors away that were causing me grief. And I replaced them with a different model of Philips lamps that were very quiet! 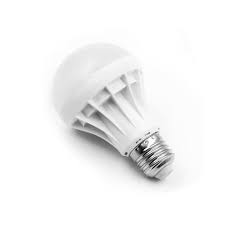 The lamps above have SMPS built into them. There are also LED lamps that have their own power supply, known as a “driver”. Both the lamp and the driver can cause RF noise. 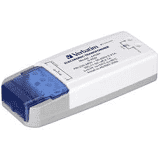 Then we have LED fittings. The most often installed are downlights and again the driver and the fitting can cause issues, some have the driver built into the fitting. I can recommend “Switch” brand as being very clean RF-wise. 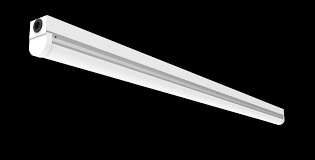 Basically, it its an LED light fitting, whether its outside lighting the driveway, a sensor light, wall, stair, table lamp, bedside lamp wherever, it will have an SMPS integrated or separate and they can all be problematic.

Easy way to deal with this problem, turn the light off when you’re DXing or replace it. Again this may need to be performed by a competent person (sparkie).

This section deals with built-in SMPS (switch mode power supply). Once again, your portable radio will come in handy.

Pretty much every large electronic device in your house-hold will have an SMPS. Television, set-top Sky or Freeview decoder, stereo, clock-radio, microwave, even your smart fridge-freezer, some washing machines & dryers etc. Generally speaking, products from well-known suppliers will have well-designed SMPS. Your only recourse of action is to replace the offending device. You can also try ferrites on the leads per SMPS Part 2.

A special word for plasma televisions. If you have one, buy a new LED/LCD TV for your partner (maybe for a special anniversary, birthday, Mother’s Day, Valentines Day, any day ending in ‘y’). If your neighbour has one, be generous and buy them a new TV! It isn’t so much the power supply in plasmas that causes huge amounts of RF noise but the whole way in which they work. They are gross consumers of power and if your dearly beloved, neighbour or your dearly beloved neighbour aren’t keen to change, then they need to know that plasmas are big power consumers and adding to the power bill!

So far, we’ve covered off the common house-hold devices. There are plenty of others, for example solar power chargers/controllers, DC to AC inverters, uninterrupted power supplies (UPS’s), voltage reducers, LED outside lights, LED floodlights, etc etc that can be problematic. Once again, your trusty portable radio should help tracking these down.

Good luck with quietening your home, it will be worthwhile for hearing those weak stations.

Caution: Electrical work should be carried out by a suitably qualified person.