Posted on October 20, 2015 by Paul Ormandy | Comments Off on AWR “Most Unusual DX” Contest

The World’s Most Unusual DX Contest

The time has come, the event you are waiting for has arrived! The new month of October is the official period for our big 2015 Wavescan DX contest. This year, we invite you to participate in “The World’s Most Unusual DX Contest”, and this time you may design your own contest details. Read on for this years requirements.

The awards for the 2015 AWR “The World’s Most Unusual DX Contest” will be similar to all previous contests, with the addition of several extra awards.

This is a preview of AWR “Most Unusual DX” Contest. Read the full post (1395 words, estimated 5:35 mins reading time)

Comments Off on AWR “Most Unusual DX” Contest

Posted on October 1, 2015 by Paul Ormandy | Comments Off on Barry Williams – A Tribute 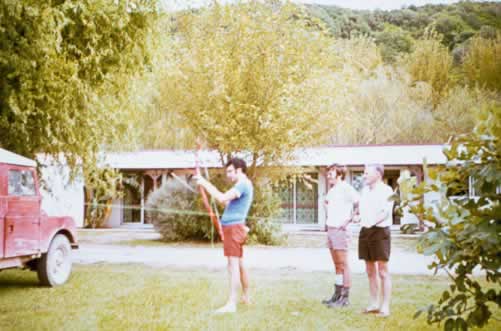 Barry using a bow and arrow to get an aerial up into a tree at Te Araroa, Dene Lynneberg and Jack Searle look on. Circa mid 70s

Dear DX colleagues,
It is with great sadness that I advise you of the passing of DX League Life Member BARRY WILLIAMS earlier today. Barry had been battling health issues for some time. As a club member for some 65 years, Auckland branch activist and past National President of the DX League, Barry’s contribution to the hobby and club was very significant.

Please post your tributes and memories of Barry on the DX Dialog.
Funeral details will be advised as soon as known.
Bryan

This is a preview of Barry Williams – A Tribute. Read the full post (830 words, 13 images, estimated 3:19 mins reading time)

Comments Off on Barry Williams – A Tribute