BBC On Shortwave To Nepal

Posted on May 3, 2015 by Paul Ormandy | Comments Off on BBC On Shortwave To Nepal 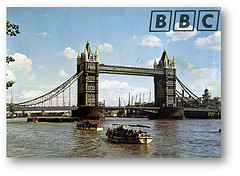 Thanks to the Soughtgate Amateur Radio News for posting this item spotted by BDXC’s Mike Barraclough:

In response to the aftermath of the earthquake in Nepal, the BBC World Service is now broadcasting additional programming on shortwave in both Nepalese and in English.

Liliane Landor, Controller of World Service Languages, says: “Information is vital and we are doing all we can to make sure that our audiences in the affected areas receive their local and regional news as well as ‘Lifeline’ programming designed to give practical information to help deal with the aftermath of the earthquake.”

The availability of World Service English on short wave to Northern India and Nepal has been extended with the service now starting one hour earlier than normal at 23.00 GMT.

Frequencies and times are given at
http://www.bbc.co.uk/mediacentre/latestnews/2015/world-service-nepal

Thanks to Mike Barraclough of BDXC for spotting this item