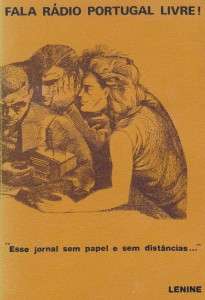 Radio Portugal Livre (Radio Free Portugal) “in March 1962 began broadcasting statements and commentaries of the Portuguese Communist Party in exile to Portugal in Portuguese. Its three shortwave transmitters are believed to be in Romania.” 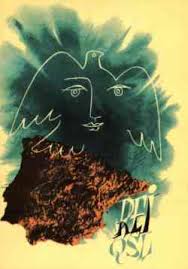 Radio Espana Independiente (Radio of Independent Spain) “is the oldest of the Communist clandestine broadcasters now active, having beamed anti-Franco programs to Spain since June, 1941. Controlled by the Spanish Communist Party in exile, the radio initially used Soviet facilities. In the mid-1950s it transferred to Romania. In November, 1967 it added a Hungarian transmitter.” 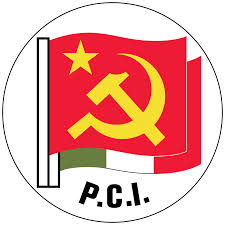 Oggi in Italia (Today in Italy) “in September, 1950 began to broadcast views of the Italian Communist Party (CPI) from facilities in Prague”. The station used Hungarian, Polish and Romanian transmitters.

Bizim Radyo (Our Radio) “began operation in March, 1958. It broadcasts Communist propaganda to Turkey and Cyprus in Turkish from two shortwave transmitters, believed located one in East Germany and one in Romania.”

Radiofonikos Stathmos i Foni tis Alithias (Voice of Truth) “also began to broadcast in March, 1958 using the same facilities as Our Radio. It is the mouthpiece of the exiled Greek Communist Party, broadcasting only in Greek to Greece and Cyprus.”

Radio Peyk-e Iran (Radio Iran Courier) “started broadcasting to Iran in Persian in December, 1957 from shortwave transmitters in East Germany. Since 1963, its transmissions have originated in Bulgaria.”

Seday-e-Melli Iran (National Voice of Iran) “is a second Communist clandestine station broadcasting to Iran. The station started operations in April 1959 from facilities located in the Soviet Union (Baku).” 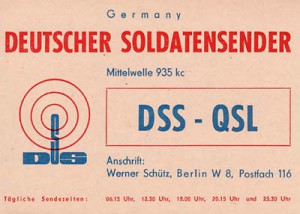 Deutscher Freiheitssender Neun Hundert Vier (German Freedom Station 901) began operations in August, 1956 and uses the same facilities in Magdeburg as the German Soldiers’ Station. Programs reflect the views of the West German Communist party and are directed at various groups of foreign workers in West Germany”.

This entry was posted in Clandestine, History. Bookmark the permalink.