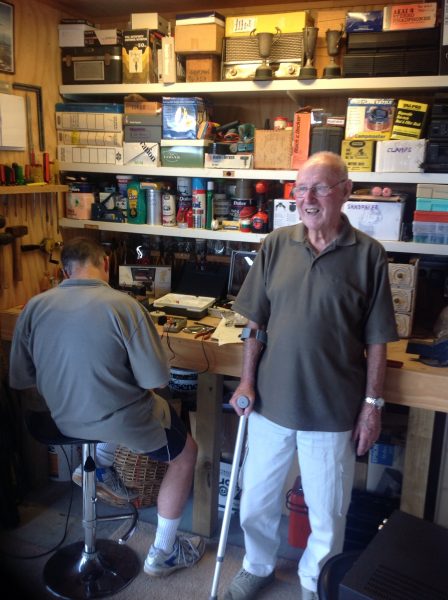 Phil at the Mangawhai 2013 convention,

Phil was a very active DXer and administrator, having served many roles in the Auckland Branch, and as secretary-treasurer and membership secretary of Adcom (the League’s administrative committee). Phil was a regular attendee of League conventions and AGMs and often met DXers around the country when caravaning with his late wife Kathleen. 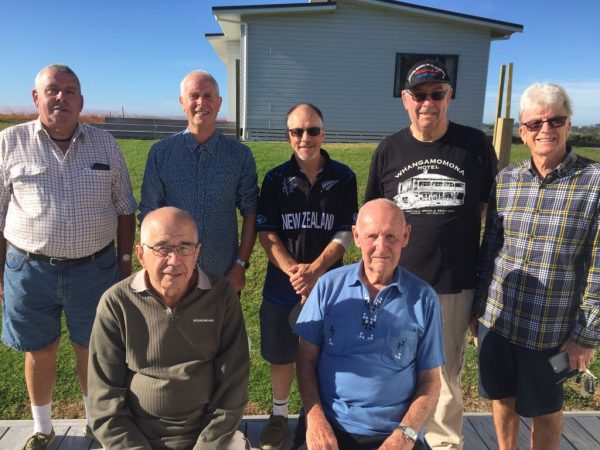 Phil impressed everyone with the amount of energy he had for someone his age (he was 93 at the time of his passing). Linda and I had the pleasure of staying with him at his Coopers Beach home about 5 years ago. 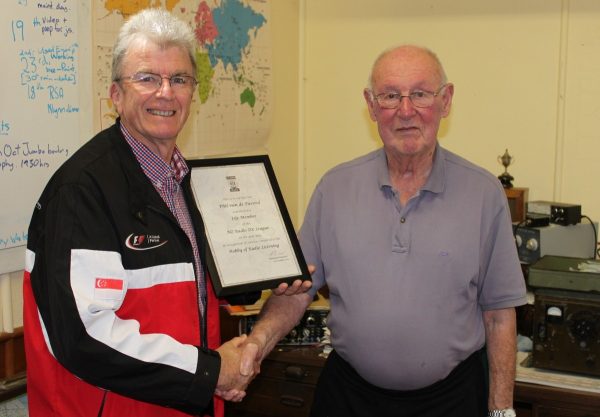 Phil being presented with his Life Membership by Bryan Clark

Sad to learn of Phil’s passing but I know he would have been most frustrated by his loss of mobility and function in his final days.

I’ve known Phil for most of his 30+ years with the NZ Radio DX League. He joined the club in 1985 and was soon active in Auckland Branch affairs as treasurer. He later became National Treasurer and, for many years also served as a Shortwave Bandwatch editor in the ‘NZ DX Times’ magazine. He was made a life member of the League in October 2013 in recognition of his many years of service.

Phil was a hardworking and loyal member. We visited him and Kathleen at their Howick home and more recently Phil at his home high above Cable Bay in the Far North. He drove down to Mangawhai on a number of occasions to stay with us and attend club events, amazing for a 90 year old but very independent guy. He always aspired to do the very best at any challenge he took on.

Our club owes a lot to people like Phil who have given so much of their time and energy to sustain the organisation. RIP Phil. Bryan Clark, Mangawhai

I was convinced Phil was going to out live us all. His enthusiasm and determination seemed to have no limits. I did not know Phil well, but enjoyed the visits Angela and I made to his home in Cable Bay to help with his antenna farm. Rest in peace Phil, I am sure you have earned it! Peter Mott, Russell
Very sad to hear. We need some good news soon! RIP Phil. David Ricquish, Wellington

Phil was remarkable for his age, an ardent bridge player whilst residing in Howick. When we drove to the annual AGM he had forthright views on all the current political goings on. A man with a thirst for knowledge, RIP Phil. David Norrie, Bucklands Beach

This is very sad news indeed. I always remember Phil was full of energy especially when he made the shift to Coopers Beach. I remember talking to him on Skype one day soon after he moved in. He showed me around his house with his laptop. He was so thrilled to be away from the noise of Auckland and in a place that was quite and he could pursue the hobby he enjoyed. I seem to recall that Phil also had a love of music, (for the life of me I cannot remember what sort) he also took a great interest in trying out all sorts of antennas. I well remember meeting Phil again at the last Convention in Mangawhai. He (at 90+) had driven all the way down from Coopers Beach to attend. He was so full of life. Phil was a past Treasurer of the League, a position he held for number of years. He also was a life member. Friend, rest in peace, you can turn off the radio and hang up your headphones. Arthur De Maine, Ashburton, NZRDXL President Sorry to read this – Phil was a nice guy and hard worker, there are not many like him around nowadays!
RIP Phil. David Crozier, Auckland

Phil’s passing is very sad, he was a lovely chap, his heart & soul was well into our hobby, the fun times we had at the Waipu Cove DXpeditions. ‘Phil the plumber’ rest in peace. Graeme Dixon, Massey