Posted on September 12, 2014 by Paul Ormandy | Comments Off on Radio In Russia – Historical Article 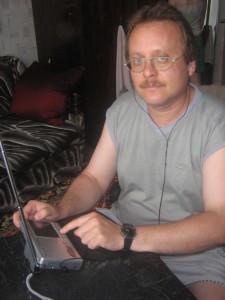 Many thanks to Russian DXer Dmitry Mezin for this article. It was originally compiled for Italian magazine Radiorama and appeared in Italian translation for the January, 2001 edition.

Back 15 years ago, Radio Moscow (or Radio Moscow World Service, as its round-the-clock English service called itself) was one of the easiest catches in the shortwave air. Station’s external services were introduced in 1929, and grew since then into a real giant speaking more than 70 languages (including such rarities as Afrikaans, Bamar and Sinhala), using lots of parallel frequencies. Radio Moscow was not the only USSR voice on the air – the capital of the huge country was also represented by Radio station Peace and Progress (the voice of Soviet public opinion), with less entertainment and more politics in its broadcasts. Radiostantsiya Rodina (The Motherland), also from Moscow, spoke only Russian, and it was the bridge connecting the country with Russian-speaking community (mainly emigrants) abroad. The USSR consisted of 15 Soviet Republics, and two-thirds of them played their parts on the shortwave stage, too. They hadn’t such wide-scale goals as Radio Moscow, and their broadcasting was mainly directed to compatriots abroad and audience in neighbouring countries (except, perhaps, Radio Kiev, which even operated the North American service). For instance, Radio Baku had Turkish, Arabic and Persian services, while Tallinn, in Estonia, spoke Finnish and Swedish.

Since then, the situation has drastically changed. Soviet Union doesn’t exist anymore, former Soviet republics transformed into independent states. Gigantic radio broadcasting efforts in Soviet era were in many respects propagandic actions – to convince the world in the advantages of socialist way of living. And when socialist ideology began to crash, external services of some USSR descendant states faced severe problems. Some of them (e.g. Estonian and Latvian radios) completely disappeared from shortwave. In this article, we’ll discuss what’s up in Russia, leaving all other states beyond the scope.

Radio Moscow was renamed to Voice of Russia in early 90’s. At that time, there were some positive developments – among them you can find the introduction of Russian Service. The need in such a service grew very high after the closure of Radiostantsiya Rodina, because Russians abroad needed a voice from Russia speaking their mother tongue. In its best times, Russian Service operated almost around the clock, leaving the air for an hour or two only, making way for the special programs for seamen. But then, due to chronic underfunding, the Voice of Russia was forced to reduce its staff and broadcasting hours. Only 33 language services survived the reforms, while others were eliminated. English is on the air 15 hours per day (remember their 24-hour broadcasting a decade ago), and Russian sounds on their waves for 8 hours per day only. Nevertheless, the number of used frequencies is still large, and we will not quote the schedule here. You may find frequency tables of all language sections at their Web site at: www.vor.ru. The same site offers an electronic reception report form, promising to verify correct reports with QSL cards. Concerning snail mail reports, DXers say that station verifies them, but I feel that everything depends on which language you listened to. Some language sections may not have enough funds for all that. In any case, write to: Voice of Russia, Pyatnitskaya 25, Moscow 113326.

And don’t forget that the DX program at the Russian Service of Voice of Russia, produced and presented by the famous DXer Pavel Mikhaylov, still attracts lots of young and old Russian-speaking DXers from all over the world.

Besides Voice of Russia, there’s a number of other broadcasters, both Russian and foreign, that use transmitters in this country. But I must mention one significant thing: in most cases, transmitting equipment does not belong to stations themselves. Broadcasters hire airtime from Ministry of Telecommunications, the owner of transmitters and aerial fields. Even the Voice of Russia is not an exception in this matter. There are several transmitting enterprises throughout the country. In the following list, the nearest big city is given as transmitting base location; but in reality, of course, equipment is installed at the countryside, where population density is not so high. In some cases, engineers at these enterprises verify listeners’ reports. Recently, I got two nice electronic QSL letters from Mikhail Timofeyev at CRR No.2, for their relays of Radio Rossii and the Voice of Russia. If you decide to send your report to him, here’s the e-mail address: pcd00342@mail.admiral.ru. CRR is the Russian abbreviation for Center of Broadcasting and Radio Communications; TCR stands for Territorial Center of Broadcasting. 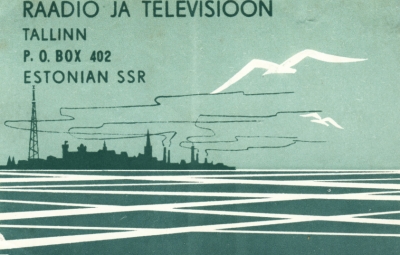 The numbering was inherited from the times of Soviet Union. Centers No. 5, 7 etc. are now outside of Russia.

Well, what is relayed via these CRR/TCR? First, well-known Russian stations: The Voice of Russia and Radio Rossii (this is the main domestic radio program). The second program, Radio Mayak, officially left shortwave in 1999. It was heard via Novosibirsk on 26…28 May this year (15410 kHz), but it was nothing but a test. Then, you can receive numerous foreign stations that hire airtime from Russian authorities and direct their signals to the Middle East, Asia and Far East. Among them are: VOA, DW, BBC, RFI, RCI, TWR, and many others. You can even find some relays of unofficial radios in Russian transmitting centers’ schedules, particularly IBC Tamil (0000-0100 on 11570, via Novosibirsk), Democratic Voice of Burma (1245-1345 on 5945, 1430-1455 on 5940, both via Vladivostok), China Radio (1200-1300 on 9450, via Petropavlovsk-Kamchatskiy)

Well, up to this point we mainly concentrated on well-known international broadcasters. But, of course, there are some less famous (hence much more interesting to catch) voices coming from Russia. First of all, I’d like to mention the special radio services for fishermen and mariners. You can hear three outlets of this kind:

a) Radiostantsiya Atlantica (the Atlantic). It has studios in Arkhangelsk and Murmansk, north-western Russia. Programs are intended for marine staff in the seas of Atlantic and Arctic Oceans. Quite recently, they also used to hire powerful CRR/TCR transmitters, but obviously realized that it’s too expensive. Now Atlantica is relayed via the maritime coastal station Murmansk Radio, in USB mode. Approximate broadcast time is 0800-0900, on 4429, 6510, 13093 and 17266 kHz. I’ve seen a report about a QSL letter received from them.

b) Radiostantsiya Tikhiy Okean (the Pacific Ocean). On the air since 1963, but now stands at the edge of closure, because of heavy underfunding. They receive a lot of letters and reports from all over the world, but have no opportunity to reply. DXers in the Eastern Russia received Tikhiy Okean during this season at 0715 only on the sole frequency 12070 kHz.

And the official A00 schedule is:

Then, there are some regional stations using SW in Russia. The country is divided into 89 regions and national republics. Some of them are so huge in the terms of territory, therefore only SW is capable to reach its far corners. And, for instance, Tatarstan faces another complicated situation: many people of Tatar origin are scattered throughout Russia and the remaining world (only one-fourth of them live inside Tatarstan), and they certainly wish to receive information from their historic Motherland.

Two Caucasian national republics relay their programming via TCR No. 4 in Krasnodar, on 7325 kHz. These are Adygeya (1700-1800 Mo/Fr) and Kabardino-Balkariya (1730-1800 We/Th/Su). I suppose they also have many compatriots in the Caucasus area and the Middle East.

And now, a brief list of low-power (100 kW or less) regional radio stations which, under favourable reception conditions, could be received abroad. All them have a few hours of domestic programming, while the remaining time they relay a central program (usually Radio Rossii)

(also has been noticed at the USB frequencies of Radio Atlantica)

(noticed with local program of Amurskoye Radio at 0958)

(noticed with local program of Radio Sakhalin at 2000, in USB mode)

Compared to elder lists and WRTH, the following local stations switched off:

Another relatively new station is Chechnya Svobodnaya (Chechnya Free). It has appeared last autumn, with broadcasts intended for population of the rebel Chechen Republic in the Caucasus Area. It’s rather curious that they don’t use Chechen language, and only speak Russian and Arabic. The current schedule is:

In late 80’s and early 90’s (the time of SW Renaissance here), some new low-powered stations appeared, obviously using former jammer transmitters, but at present almost all of them left SW. For nostalgic reminiscence, here is a partial list: Radio N (Yekaterinburg) on 6200 kHz, Radio Titan Company (Ufa) on 6185 kHz, Radio Polis (St. Petersburg) on 6045 kHz, Radio 7 (Samara) on 6115 and 9550 kHz, etc. etc. Some of them were usual commercial stations, who later realized that SW cannot provide such a signal quality as VHF can. Others relayed Western voices such as VOA/RL/BBC, but soon refused because of low audience interest. By the way, Radio 7 from Samara was an interesting phenomenon, broadcasting on 7 (hence the name) languages of people living in Samara region (Russian, Tatar, Moldovian, Yiddish, German, Chuvash and Ukrainian), but then it left SW and now uses only 1107 kHz + FM locally.

And we will end with a nice oddity. There’s another station which is sometimes heard in Europe. It’s a really private one, and its owner, Mr. Shishkin, even has a license as a real mass media unit. The station name is Radio Samorodinka, it’s located in Moscow area, and the real attract of it is that Samorodinka has daily CW (telegraphy !!!) broadcasts. You can hear the station in the vicinity of 3923 kHz at the local evenings (after 1900 UTC, starting with AM and then moving to CW). If you receive this (really hard-to-receive) signal, your report is always welcome at: Mr. Lev Shishkin, P.O.Box 898, Glavpochtamt, Moscow, 101000. 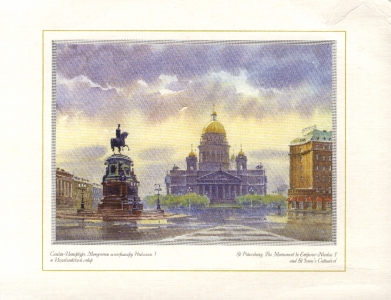 My special thanks to Anatoly Klepov, the editor of RUS-DX bulletin, which turned to a good source of information for this article. Sincere thanks also to Nikolay Rudnev, the supplier of most RUS complete schedules at that bulletin, to Ildus Ibatullin, QSL Manager of the Voice of Tatarstan, and to other Russian and foreign DXers whose info was used by me when preparing this article.

This entry was posted in Broadcasters, History. Bookmark the permalink.