Posted on August 14, 2013 by Paul Ormandy | Comments Off on The Halcyon Days of Offshore Pirate Radio
In response to an e-mail from Paul Rawdon on the DX League reflector, Martin Hadlow recalls the days when he worked for Radio England… 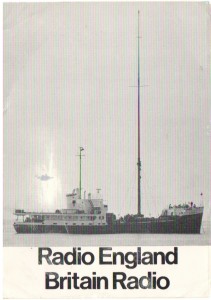 Is it really 47 years from the ‘summer of 66’ when I worked for off-shore stations Radio England/Britain Radio? It was my first job in radio and my shortest! The job didn’t last long because the Marine Broadcasting Offences Act was introduced to the UK Parliament that year and took effect a year later. Radio England/Britain radio went to air in June, 1966 (after testing from around May), so was a late starter in the whole pirate radio scene. I had a job in the station’s London office (in Curzon Street) and often visited the ship (which was anchored in the English Channel) carrying a suitcase full of the latest top 40 records and taped commercials.  To get to the ship entailed a train ride from London to Harwich, thence to the small port of Felixstowe, where one boarded a Dutch registered fishing boat for the voyage to the ship.

What an era! Crazy days. Imagine being an 18 year old in London in the swinging 60’s working for a pirate station? It is still hard for me to believe I was part of the excitement of the time, albeit for only months, not years. By the way, one of my jobs was issuing some of the QSLs…so if you have a QSL card (which featured a photo of our ship, the MV Olga Patricia) have a look to see if it has my signature. 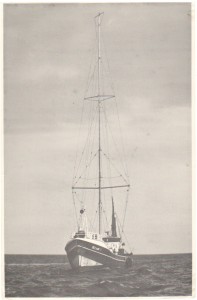 Radio 270
The Government legislation of August 1967 effectively brought the whole off-shore radio scene to a close, although several stations battled on. Thanks for the memory…

Here is the article from Alan Jarvie via Facebook, on celebratiosn by Scotland 69am to commemorate the introduction of the Marine Offences Act in 1967 and the implications for the offshore pirate radio stations….

August 13, 2013Alan Jarvie writes on Facebook:Today and tomorrow, Scotland 69am (http://www.scotland69am.com/) will be
commemorating the introduction of the Marine Offences Act on August 15th 1967. 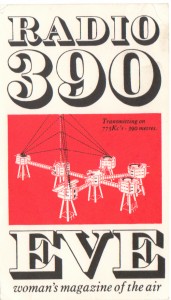 There will be a two part AJ Pirate Radio Special, Part 1 tonight followed by Part 2 tomorrow night. Part 1 will feature recordings of the early days of the offshore stations whilst Part 2 will feature recordings nearer the end of the stations. Both progs will include interviews with former offshore presenters, including Dave Gillbee (ex-City and Britain Radio) and Tony Prince (ex-Caroline North). The programmes should start at 8pm UK (19:00 UTC) but this is to be confirmed… (internet only, more stations expected with special programmes tomorrow) 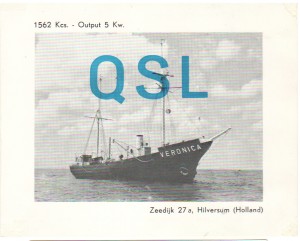 Radio Veronica
Per Wiki:The Marine, &c., Broadcasting (Offences) Act 1967 c.41, shortened to Marine Broadcasting Offences Act, became law in the United Kingdom at midnight on Monday 14 July 1967 and was repealed by the Wireless Telegraphy Act 2006.  Its purpose was to extend the powers of the British Wireless Telegraphy Act of 1949 (which it incorporated by reference), beyond the territorial land mass and territorial waters of the UK to cover airspace and bodies of water. 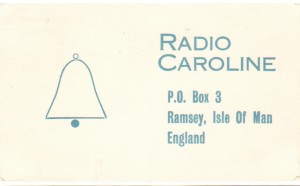 At the time that the Bill was introduced in Parliament in 1966, there were radio stations and proposals for television stations outside British licensing jurisdiction with signals aimed at Britain. These stations were at sea but there were press reports of stations planned from aircraft. 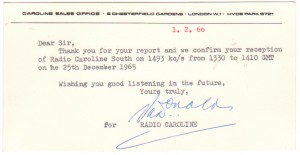 Radio Caroline South
The Act included the Channel Islands and extended to the Isle of Man. As a result, offshore stations called pirate radio became criminal if operated or assisted by persons subject to UK law. Station operators thought they could continue if they were staffed, supplied and funded by non-British citizens, but this proved impractical(More details here:
https://en.wikipedia.org/wiki/Marine,_%26c.,_Broadcasting_(Offences)_Act_1967)
And here is a Youtube compilation of English off-shore pirate radio stations
[youtube=https://www.youtube.com/watch?v=Ts5EfWPy-ew]
This entry was posted in History, Pirate, Shortwave and tagged mebo, mi amigo, Pirate radio, radio caroline, radio england, radio london, radio veronica. Bookmark the permalink.