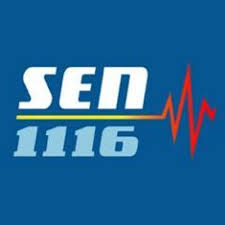 With the struggle for AM radio audiences, what happens when a station suddenly goes dark? Like 3SEN Melbourne 1116kHz:

A brazen bald burglar has stolen about $10,000 worth of gear from Melbourne (VK3) radio station SEN 1116 and wheeled it away in a rubbish skip — all while presenters were on air in their Richmond Studios.

The sports radio station lost much studio equipment including microphones!

Detective Senior Constable Drew Laughlin said the crime appeared to be opportunistic, as the man was able to break into the building through an unlocked door from the carpark about 11.40pm.

“There were people present, as they were broadcasting live at the time,” Sen-Det Laughlin said.

The man was inside for 40 minutes, removing items one by one and loading them
into a red rubbish skip he found in a nearby carpark. He then wheeled the skip down Bendigo St where it is believed he loaded them into a car and fled.

Speaking of Sports Radio, particularly in Melbourne, The Greater 3UZ, returns
to the air on Sunday, March 8. That’s when Victoria’s racing and sport station, RSN, the holder of the original 3UZ licence, will rebrand itself as 3UZ for a day mark the 90th Birthday of 3UZ.

This entry was posted in Broadcasters, Medium Wave. Bookmark the permalink.